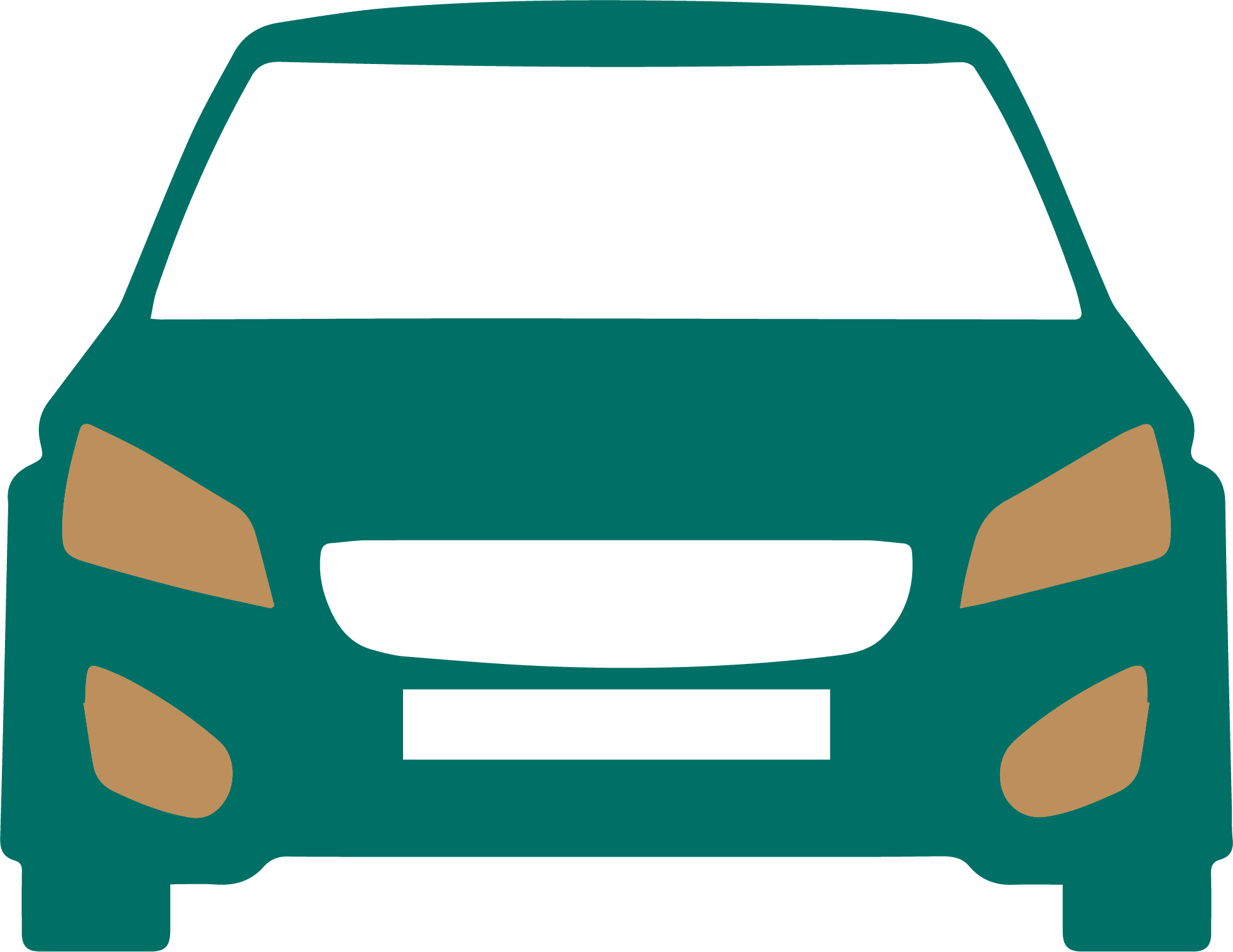 During the 2020 Regular Session, the Legislature passed comprehensive tort reform via Senate Bills 418 and 395.  The bills were vetoed by the Governor, requiring the Legislature to revisit tort reform during the Extraordinary Session.  Several aspects of the initial tort-reform bills did not survive, such as the proposed two-year prescriptive period for filing suit, removal of a direct right of action against insurers, and measures to stop deceptive advertising about monetary results by personal-injury lawyers.

Nevertheless, passage of House Bill 57—known as the Civil Justice Reform Act of 2020 (CJRA) —is the most significant tort-reform legislation in decades.  The goal of the legislation is to reduce car-insurance premiums by cutting down on personal-injury lawsuits.  Among the changes are the lowering of the jury threshold amount from $50,000 to $10,000, allowance of seatbelt evidence at trial for comparative-fault consideration, and codification of a modified “collateral source rule.” Lawmakers believe that the CJRA will result in more cases being settled before heading to trial.  The new tort-reform laws are effective January 1, 2021.

An amendment to Article 1732 of the Louisiana Code of Civil Procedure allows for a plaintiff to request a jury for cases seeking at least $10,000 in damages. Details of the amended law include:

The CJRA amends Article 1733 of the Louisiana Code of Civil Procedure governing bonds for jury costs. Under the amended law, if the value of a plaintiff’s claim is between $10,000 and $50,000, the plaintiff is required to post a $5,000 bond within 60 days of a timely demand for jury. A failure to post the jury bond acts as a waiver of the right to a jury trial. The court may also require an additional supplemental bond per Articles 1734 or 1734.1. These changes are intended to ensure that only serious plaintiffs pursue jury trials by requiring them to post the $5,000 bond.

Another change enacted by the CJRA is an amendment to Article 4873 of the Louisiana Code of Civil Procedure, which states that a plaintiff can transfer a case from parish or city court to a district court for a jury trial, but only within 10 days of the defendant’s filing of an answer. The failure to file a motion timely results in waiver of the right to a jury.

In all instances, the identity of an insurer may not be disclosed unless it would be admissible to attack the credibility of the witness. Further, in direct-action cases or cases alleging bad faith, the jury may only be told at the opening and closing of cases that there is insurance coverage for the damage claimed by a plaintiff.

Statistically, juries are more likely to award higher damage awards when they believe that insurance companies will bear the costs. The change to Article 411 is expected to discourage juries from awarding inflated damages against insurers by preventing juries from hearing evidence regarding the existence of coverage.

The collateral-source rule prohibits a defendant from presenting evidence that a plaintiff has received money for an injury from a “collateral source,” such as an insurance company. The Legislature has enacted La. R.S. §9:2800.27, which codifies a modified collateral-source rule that limits a plaintiff’s recovery to the amounts actually paid by a health insurer, not the amounts billed. This change precludes a plaintiff from recovering the full cost billed by a medical provider that is often more than what is actually paid by an insurer.  In consideration of the cost to procure health insurance, a plaintiff may be able to recover 40% of the difference between amounts billed and amounts paid.  Details of the amended law include: 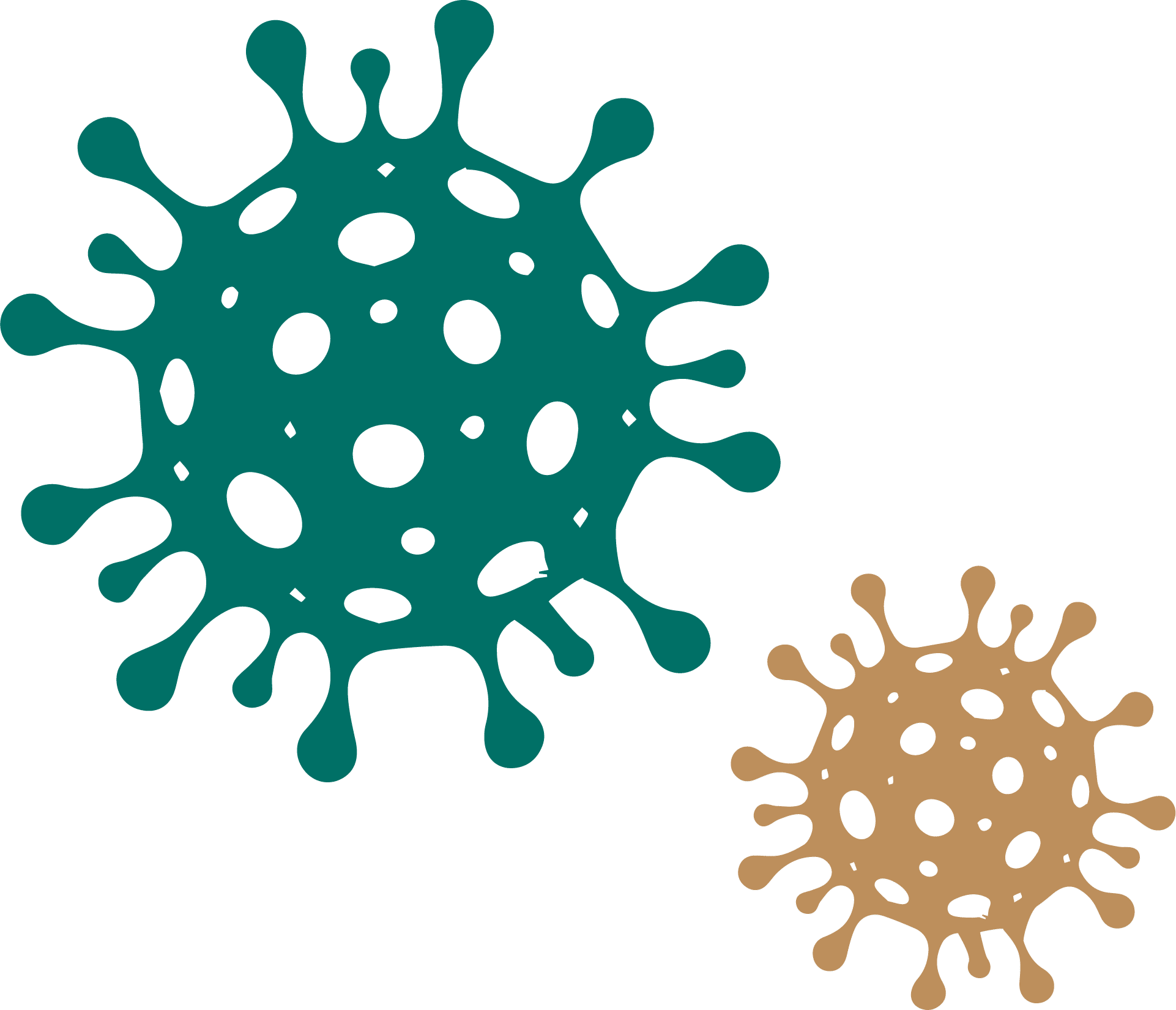 The Legislature enacted several new laws during the Regular and Extraordinary Sessions to protect individuals and businesses from the impacts of COVID-19 and government lockdowns.

The passage of Senate Bill 450 provides individuals and businesses who received COVID-19 relief payments, grants, or loans from having those funds seized by a creditor. The bill enacts La. R.S. § 13:3881(A)(10), which makes federal COVID-19 relief funds off-limits for creditors, except for garnishment of spousal- or child-support payments.  The bills also enacts La. R.S. § 20:34, which states that in the event of an “extraordinary emergency event” —such as a federal- or state-declared natural disaster or public-health emergency affecting Louisiana—any Louisiana person or entity who receives government payments, grants, or loans: (1) must spend the funds for their intended purpose; (2) must keep the funds in a unique account to prevent their seizure, except for spousal or child support; (3) may not assign the funds or grant them as security for a pre-existing debt before the emergency declaration. The receiver of funds must follow the delineated protocols to prevent seizure of the funds.

The receiver of funds is granted several remedies to prevent seizure, such as temporary restraining orders, injunctions, and protective orders. The statute does not supersede any laws, regulations, rules, or governmental guidance or interpretations governing the payments, grants, or loans that may conflict with the statute.  The new laws are effective as of June 4, 2020.

Extension and Suspension of Peremption, Prescription, and Legal Deadlines

The Legislature recognized that the effects of COVID-19 impact the operation of businesses and the courts. To protect parties in current or future legal disputes, the Legislature extended or suspended most prescriptive periods, all peremptive periods, and any legal deadlines that were set to expire between March 17 and July 5, 2020.

House Bill 805 was passed to prevent injustice, inequity, and undue hardship resulting from the closure of courts and public offices during the COVID-19 health emergency.  The act sets forth the following changes to prescription/peremption periods and legal deadlines:

Limitation of Liability from Suits Arising from Exposure to COVID-19

La. R.S. § 29:773 limits liability of individuals or businesses dispensing or administering Personal Protective Equipment (PPE), unless the person failed to substantially comply with the applicable procedures established by federal, state, or local agencies regarding the use of such PPE or the person was grossly negligent or exhibited wanton or reckless misconduct.

Both statutes are effective retroactive to March 11, 2020. 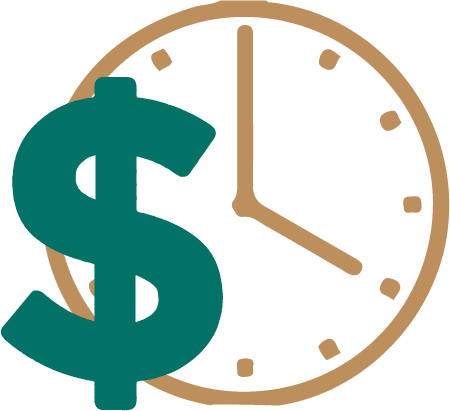 The passage of House Bill 758 allows public entities to withhold liquidated damages from a contractor on flood-protection and integrated-coastal protection projects where allowed by contract.  The original proposed bill would have extended this right to public entities on all publicly bid projects.  The initial version of the bill would have resolved a split among the Louisiana appellate courts regarding whether a public entity has the right to withhold liquidated damages that are disputed by a contractor.  With the passage of the limited version of the bill, the split among the appellate courts remains with respect to most public jobs.  Ultimately, whether a public entity can withhold liquidated damages may depend on the location of the project.  For further analysis of this development in the law, please see our post here.  The new law is effective as of August 1, 2020. 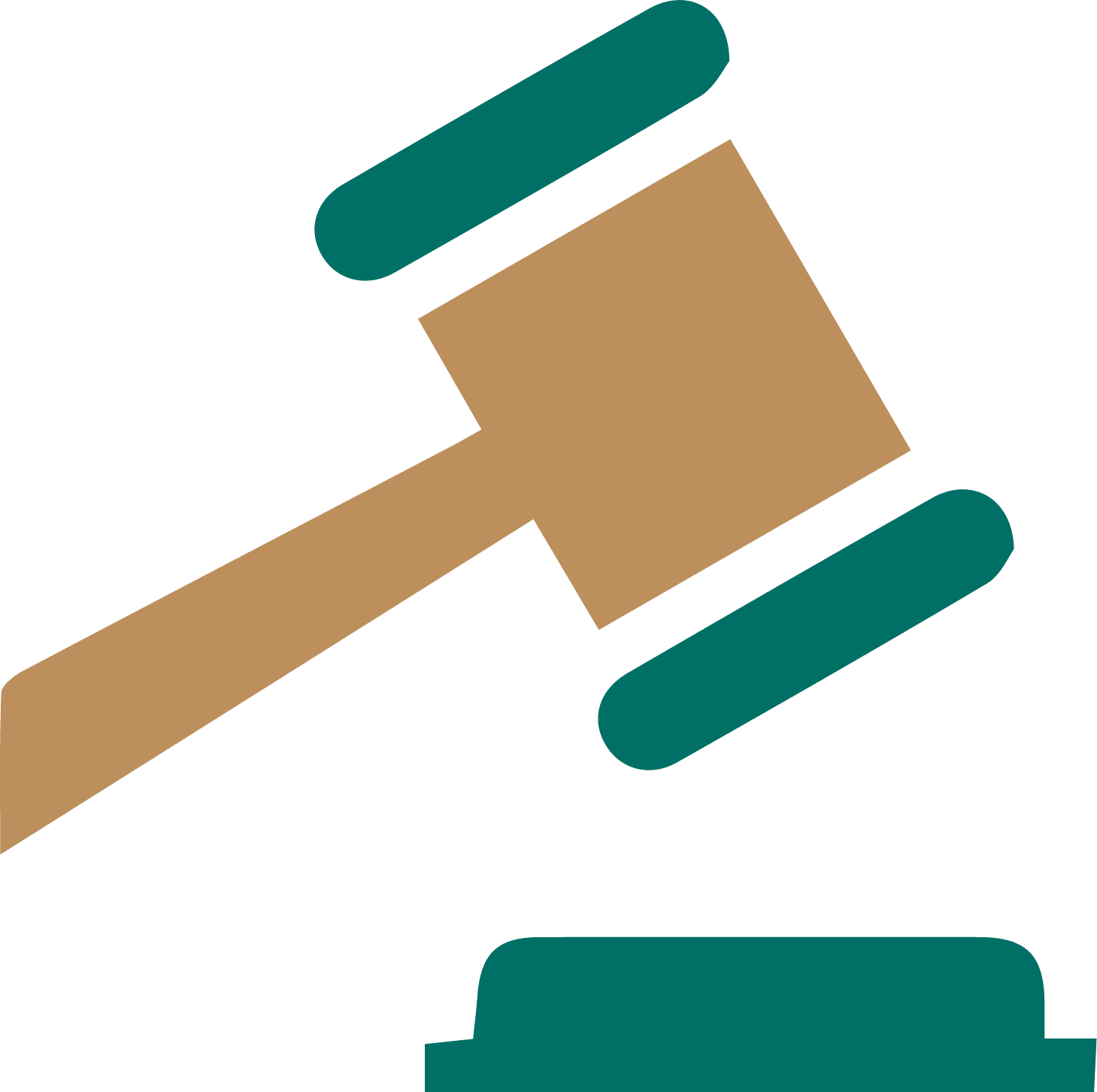 Senate Bill 118 increased the contract limit required for public bidding of projects to more than $250,000. Previously, the statute required that all public work exceeding the contract limit of $150,000, including labor and materials, to be advertised and let by contract to the lowest responsible and responsive bidder.  In addition to increasing the contract limit to $250,000, the statute also allows for the contract limit to be adjusted by the Office of Facility Planning and Control of the Division of Administration on an annual basis beginning February 1, 2025.  The adjustment may not exceed the annual percentage increase of the Consumer Price Index for the previous year.  The amended law is effective as of July 1, 2020. 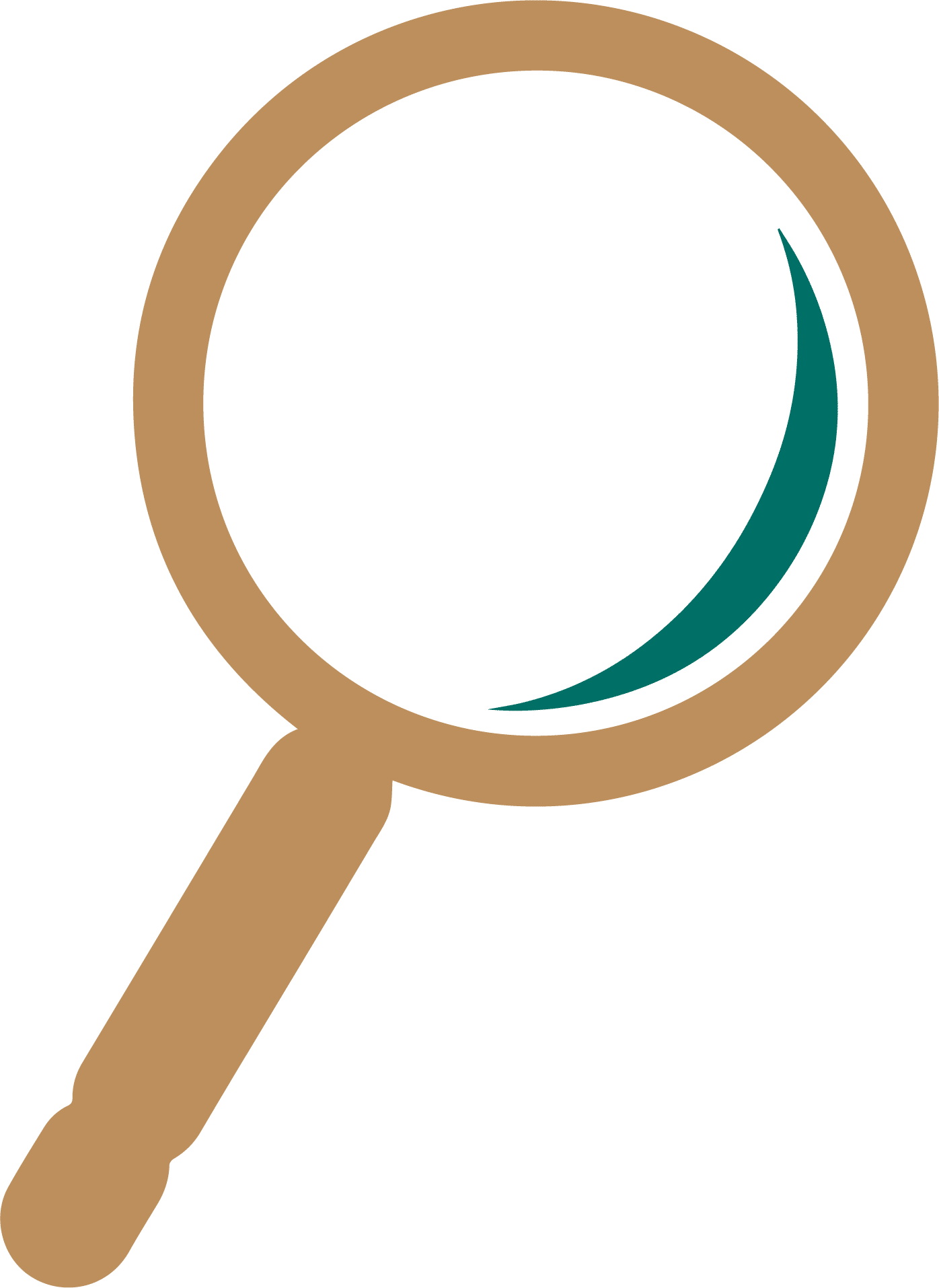 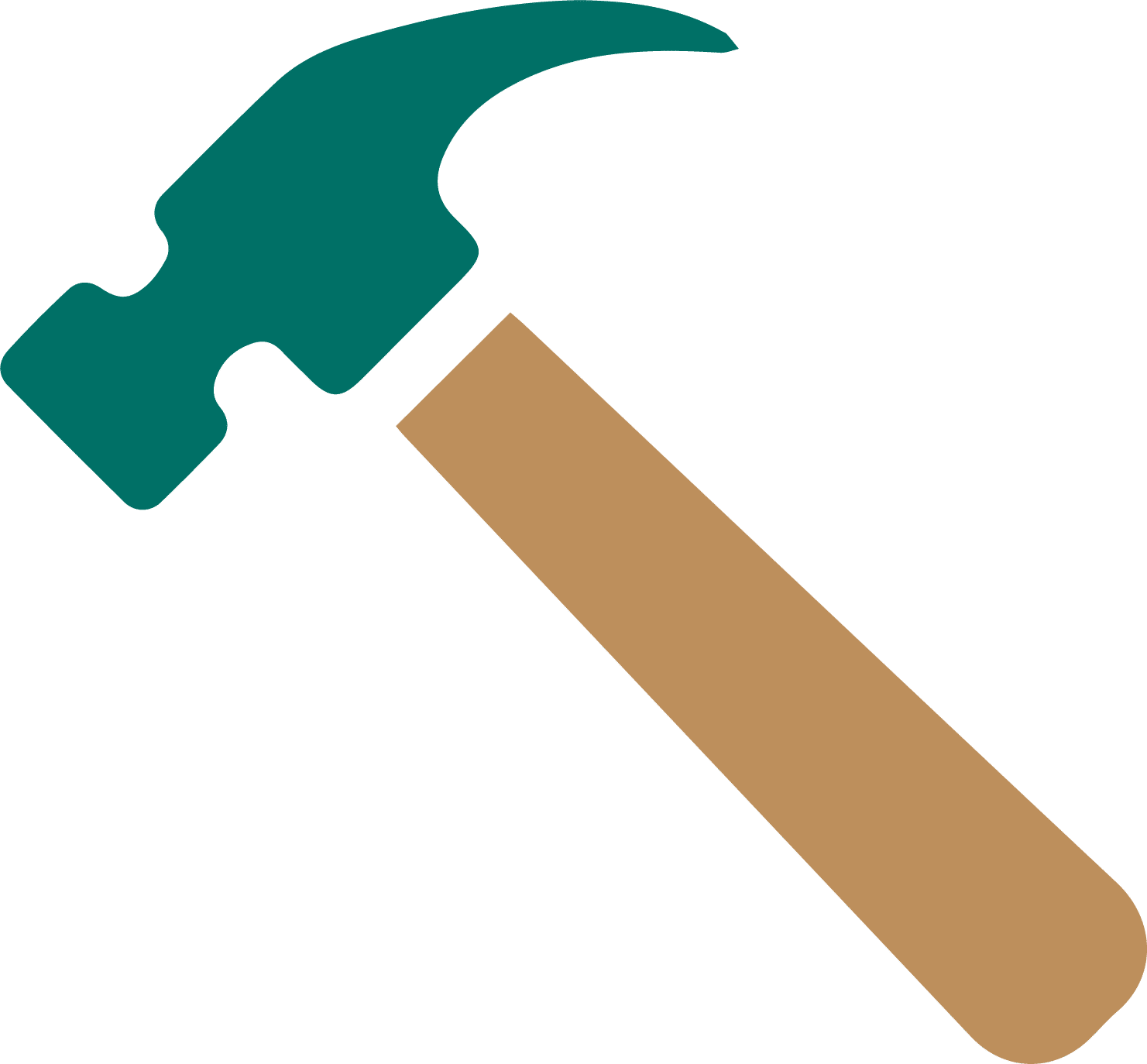 Prior to the amendment of La. R.S. § 37:2162(J), all suits brought against unlicensed contractors by the Louisiana State Licensing Board for Contractors (LSLBC) for engaging in business without a license were required to be brought in East Baton Rouge Parish.  The passage of House Bill 220 removes this restriction and allows the LSLBC to pursue civil actions against unlicensed contractors in any district court with competent jurisdiction.  The amended statute is effective as of August 1, 2020. 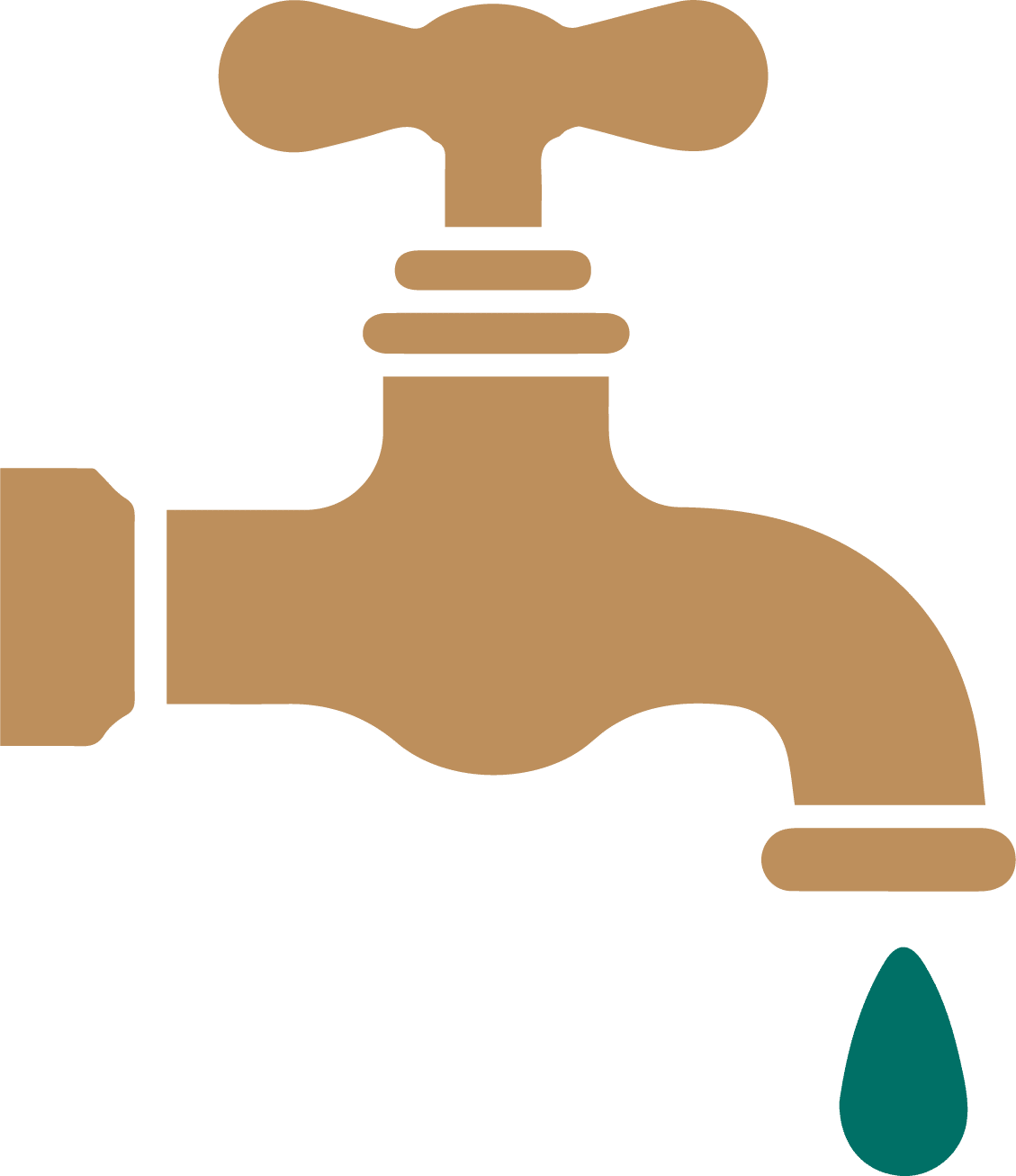 The rules governing the S&WB’s letting of contracts have also been modified.  La. R.S. § 33:4084 was amended to allow the S&WB to make purchases between $10,000 and $30,000 by following the regulations provided in La. R.S. § 38:2212.1.  For purchases between $10,000 and $30,000, the S&WB must obtain at least three quotes before transacting a purchase and must incorporate its reasons for any accepted offers into the purchase file. Additionally, any purchases over the $30,000 threshold are governed solely by La. R.S. § 38:2212.1, removing additional language mandating special notice requirements which were applicable only to the S&WB.

La. R.S. § 33:4084 was also amended to simplify the letting of S&WB’s public-works projects by making such contracts subject to the restrictions of La. R.S. § 38:2212. Accordingly, all public works contracts that exceed $250,000 must follow the Louisiana Public Bid Law. The amendment also provides that the S&WB can request additional documentation pursuant to La. R.S. § 38:2212(B)(3)(a), an exception to the general rule applicable to other state and local entities.  The last amendment restricts the S&WB’s right to reject all bids and waive informalities.

The final change from the amended law regards the apportionment of costs for connecting to sewer mains. Under the revised law, any individual lot owner will bear the costs, inclusive of meter boxes, for initial connections from the main to the property line.  Additional costs from the property line to on-site facilities are also borne by the property owner.  Property owners can hire plumbers to install connections of subsequent work, but the plumber’s work will be subject to the S&WB’s regulation, inspection, and control. The change means that maintenance work that disrupts the flow to properties—such as proactive repairs, moving or replacing meter boxes, or replacing a lead water line—will be paid for by the S&WB.  Finally, the S&WB will bear the costs for lots developed in compliance with the voluntary-inclusion zoning provisions of the comprehensive zoning ordinance, as certified by the director of the Department of Safety and Permits.

The amended statutes are effective as of August 1, 2020.