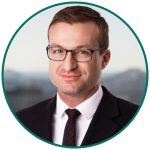 Over the years, the Louisiana legislature has attempted to restrict the documents that can be required on bid day, leading to a few additional questions of law, including: (1) whether an advertised bidding requirement that conflicts with the Public Bid Law is valid; and (2) whether an advertised bidding requirement that exceeds the requirements in the Public Bid Law, but does not conflict with it, is valid.  The Louisiana Supreme Court answered at least the first question, and likely the second, in its recent decision in LeBlanc Marine, LLC v. State of Louisiana (No. 2019-0053), which reversed the lower courts.

The parties in LeBlanc Marine stipulated that Southern Delta’s bid complied with one of the three options allowed by La. R.S. 38:2212 (B)(5) to prove a bidder’s agent had sufficient authority to sign its bid.  Section 38:2212(B)(5) says “the authority of the signature of the person submitting the bid shall be deemed sufficient and acceptable if any of the following conditions are met . . . .”  The legal dispute arose because, although Southern Delta complied with one of the options in Section 38:2212(B)(5) (i.e., the statutory requirement), its bid did not comply with the advertisement—namely, the Instructions to Bidders, which limited bidders to only two of the three Section 38:2212(B)(5) options to prove the agent’s authority.  The State accepted Southern Delta’s bid; another bidder, LeBlanc Marine, sued to declare any contract with Southern Delta to be null.