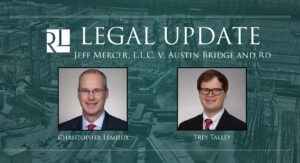 Res judicata is not applicable solely on the basis that a lawsuit arises out of the same transaction or occurrence as a previous lawsuit – all elements of the res judicata statute must be met.

Based on the Supreme Court’s ruling, the First Circuit ultimately ruled that since Louisiana Revised Statutes 13:4231 requires that both parties were also parties to first lawsuit, and since Austin Bridge was not a party to the first lawsuit, res judicata was not met. The Court therefore reversed the trial court’s decision and denied Austin Bridge’s exception of res judicata.