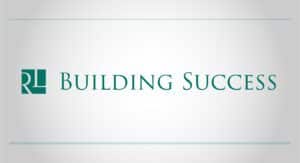 Riess LeMieux attorneys Donald Douglas and Robyn Brown recently obtained a judgment in the Eastern District of Louisiana dismissing all claims against the firm’s client, a former City Attorney.

The plaintiff was a former city employee who had been terminated for making threats against the Mayor. He filed suit against several defendants, including the City, Mayor, Police Department, and the former City Attorney, making numerous claims related to his termination.

The plaintiff made threats against the Mayor to another employee while on the clock in a city-owned building regarding a work directive from the Mayor. Another employee heard and recorded the threats, and provided the recording to the HR department. The employee who made the threats was subsequently terminated, arrested, and charged by the Attorney General’s Office based, in part, on the threats he made.

Douglas and Brown vigorously defended the City Attorney by filing a series of Motions to Dismiss; engaging in written discovery and depositions of the plaintiff and witnesses; filing Motions for Summary Judgment arguing in part that the City Attorney could not be sued by a non-client for actions related to the attorney’s representation of his client, and on the grounds that as a public official the City Attorney was entitled to qualified immunity from suit.

Shortly before the trial of the matter was to begin, the Court granted the motions and dismissed all claims against the firm’s client.

The attorneys at Riess LeMieux are experienced and successful in handling complicated employment litigation in both state and federal courts across Louisiana.